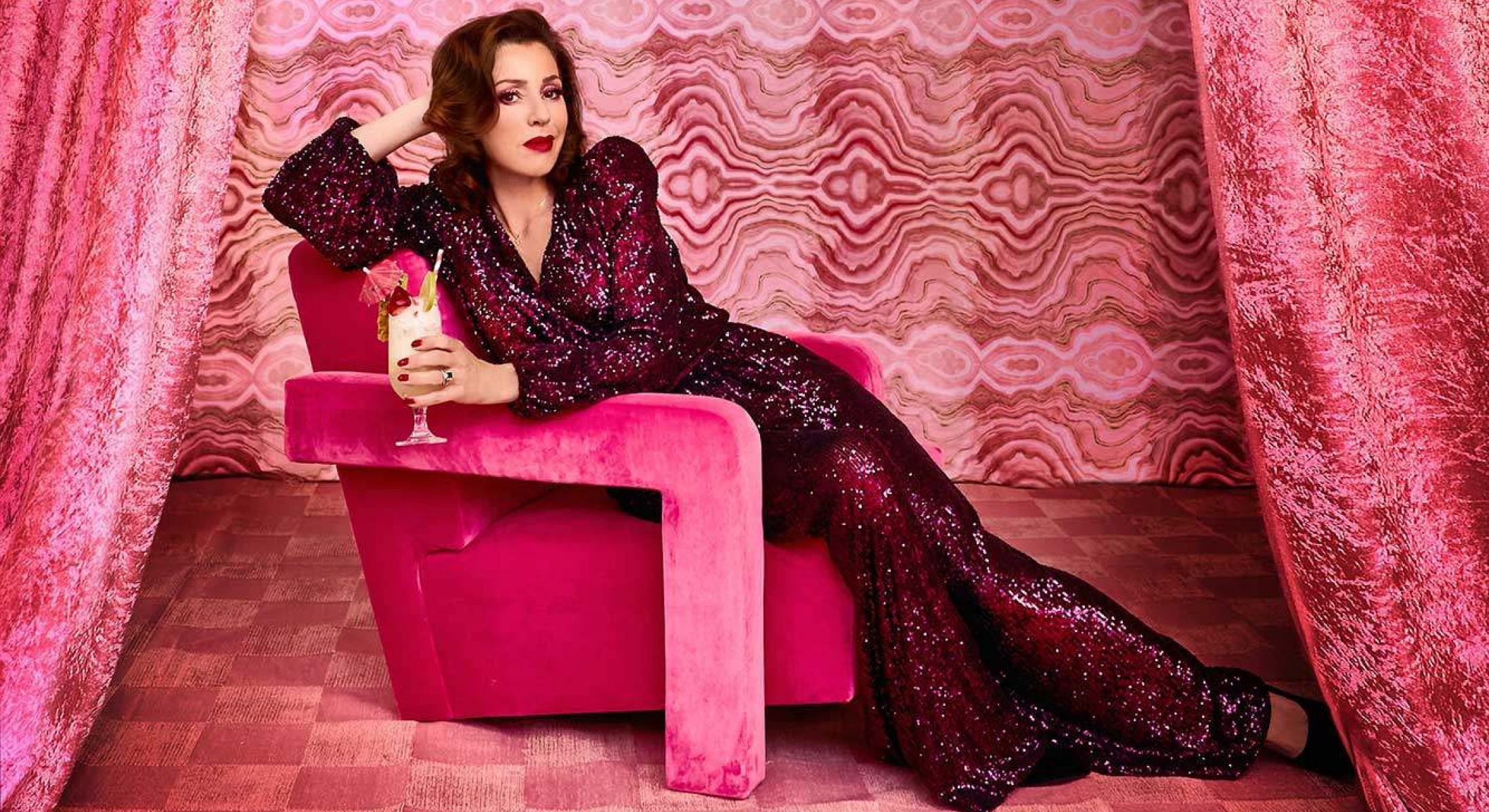 Curated by international star and Australian icon Tina Arena AM, get ready to warm up this June with a sizzling program of the best and boldest performers at the 2022 Adelaide Cabaret Festival.

Adelaide Cabaret Festival 2022 returns to Adelaide Festival Centre and Her Majesty’s Theatre, featuring 377 artists and musicians across 97 performances including 14 world premieres and 15 Adelaide premieres by a large contingent of Australian artists and performers from the USA, Germany, Rwanda, and New Zealand.

Adelaide Cabaret Festival Artistic Director Tina Arena wants her program to bring hope and happiness to audiences: “Cabaret is a magnificent fusion of stories, song, dance, and all things theatrical. Cabaret is escapism of the most fabulous kind and boy, couldn’t we all use a little bit of escapism after the year that’s been?” she said,

“I am excited to be able to share this program of diverse voices and cultures, representing the best of cabaret and incredible talent. I hope this year’s festival takes you on a journey of much-needed connection and healing, from the personal stories of Songs My Mother Taught Me to the decadence of The Piña Colada Room – leave your worries behind and let the music save you, just as it continues to save me,” said Arena.

In shows exploring themes of nostalgia and cultural heritage:

Headliner show The Gospel According to Marcia will see the extraordinary Marcia Hines celebrate memories from her childhood in Boston and her early experiences with Gospel music in a one night only unmissable concert at Her Majesty’s Theatre on 17 June. Accompanied by Adelaide’s own Charmaine Jones & The Gospo Collective, audiences will rejoice with hit gospel songs including Oh Happy Day, I Don’t Know How to Love Him and Lean On Me.

Bringing her Italian heritage to the program, audiences will get a rare chance to connect with Tina Arena on a personal level, as she headlines and hosts the world premiere show, Songs My Mother Taught Me. Featuring Tina, and special guests Lior, Thando, Jess Hitchcock, Wendy Matthews and Sophie Koh, the show celebrates culture, legacy and love and is inspired by storytelling and family. Two shows only at Her Majesty’s Theatre on 24 & 25 June.

Continuing the exploration of personal history, comedian and performer Oliver Twist will reflect on his time as a refugee from Rwanda, in a delicately told and unforgettable one-person show that proves exceptional storytelling and belly-aching laughter are powerful antidotes to trauma – three shows from 23 – 25 June at Space Theatre.

In a special Adelaide Premiere, First Nations regional musicians and performers Kuko, Katie Aspel and Rob Edwards will bring a mix of blues, jazz soul and folk in a night of remarkable sound and story telling in T.R.A.I.L on 19 June.

International acts include swing band Davina & The Vagabonds in an Australian premiere where they draw from the past 100 years of American music, from Fats Domino to Aretha Franklin and Tom Waits in a show led with New Orleans charm and Memphis soul in The Famous Spiegeltent over the first weekend.

Audiences will travel back in time with vocal powerhouse Catherine Alcorn and Phil Scott in 30 Something – an immersive show set in Sydney’s Bohemia Kings Cross on New Year’s Eve 1939.

Other South Australians with their own shows this year include cabaret favourite Libby O’Donovan in Sister Elizabeth which explores the divine nuns of film, TV & Pop culture and features the Yankalilla Miracles.

In its first ever cabaret festival appearance, State Opera South Australia will bring drama to the stage with their new show How to Kill Your Husband (and other handy household hints) at Dunstan Playhouse.

And Adelaide’s own Victoria Falconer makes her festival debut in And Then You Go – The Vali Myers Project, harnessing the flame haired-bohemian figure and visionary artist. The show is this year’s Frank Ford Commissioning Award recipient – the award by Adelaide Cabaret Festival’s late founding father, provides $20,000 a year towards the creation of new works by South Australian artists.

Bringing variety to the festival, audiences will experience mind-bending contortion, aerial artistry, incredible dancers and death-defying acrobatic feats in Cirque Bon Bon during the second week of the festival.

Charming host and comedian Paul McDermott will bring a nightly variety show to the last two weekends of the festival with The Funhouse – a dark carnival of minstrels and misfits, comedy and music and featuring Claire Hooper and Dilruk Jayasinha plus an array of special guests each weekend.

Musical Theatre fans will not be disappointed with Moments in the Woods – Songs & Stories of Sondheim paying tribute to the genius and legacy of musical theatre’s most ground-breaking composer, Stephen Sondheim, featuring Philip Quast, Geraldine Turner, Queenie van de Zandt, Josie Lane and Adelaide’s own Mitchell Butel for one night only at Her Majesty’s Theatre.

While acclaimed musical theatre performer Hayden Tee will peel back the layers to some of musical theatre’s most loathsome characters (some of which he’s played) from Miss Trunchbull (Matilda) to Javert (Les Misérables).

In his cabaret debut, multi-platinum Australian R&B artist Gary Pinto (member of former hit Australian band CDB) will bring his soulful voice to Dunstan Playhouse in Sam Cooke: The Music. Celebrating the legacy of “The Godfather of Soul” Sam Cooke, Gary will belt out classics including A Change is Going to Come and You Send Me in an evening of storytelling and musical melodies to warm the soul.

“This will be a new and exciting experience for audiences with the opening-up of the Riverbank Precinct and Festival Plaza and we are delighted to have Tina Arena at the helm,” said Adelaide Festival Centre CEO & Artistic Director Douglas Gautier AM.”

“Last year’s festival took home the silver medal at the South Australian Tourism Awards, so we know how important it is for our community. As a winter festival, Adelaide Cabaret Festival is a seat at the fireside, warming our collective spirits,” said Gautier.

“We look forward to bringing some much welcome glamour and sparkle back to Adelaide, with an outstanding line-up of some of the finest cabaret artists from around the country under the artistic vision of the incomparable Tina Arena,” said Adelaide Cabaret Festival Executive Producer Alex Sinclair.

“We can’t wait to welcome back our much loved and enthusiastic cabaret audiences from tonight and share a dance under the mirror ball this June!”

This year’s new late-night hub – tipped to be one of the hottest tickets in town – will see The Famous Spiegeltent pay homage to the icons of disco at The Piña Colada Room. On til late between 10 – 25 June.

The inspiring Class of Cabaret program returns to shine a light on the cabaret stars of tomorrow, proudly supported by Adelaide Festival Centre Foundation through the Nathaniel O’Brien Scholarship which allows one student from regional South Australia to participate in the program.

Free events include the popular LGBTIQ+ Elders Dance Club by All The Queens Men, the fabulous afternoon tea dance party for lesbian, gay, bisexual, trans, gender diverse and intersex elders and all allies will be held at The Famous Spiegeltent on Sunday 19 June.

Festival favourite Trevor Jones – The Piano Man is back at the Festival Theatre foyer Quartet Bar nightly and the Corryton Burge Bar and Cabaret Lounge return as the perfect places for patrons to settle into a quiet corner or keep the party going between shows.

The festival has been a platform for shows and performers who have achieved critical acclaim and featured world-renowned artists including Ms Lisa Fischer, Kristen Chenoworth, Idina Menzel, Dita Von Teese and Patti Lupone to name a few. 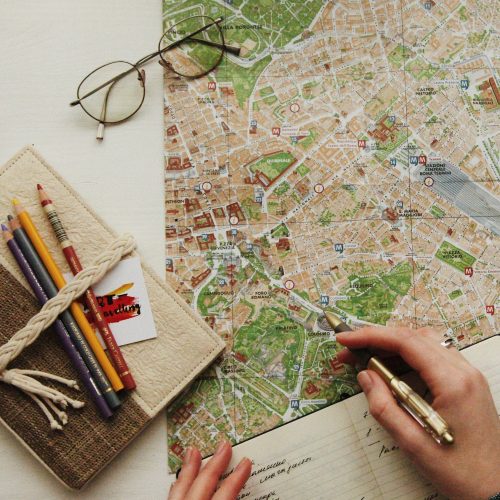 How do you select a travel consultant? 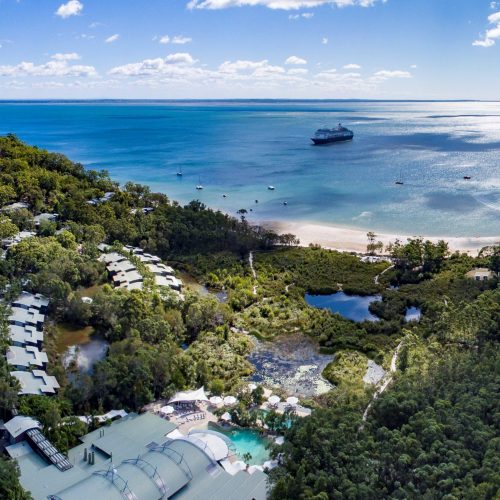 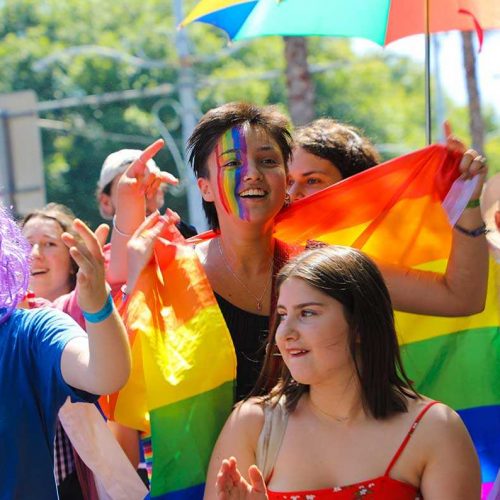